Has your lawn been looking more and more like a desert? When your sprinklers won’t turn on, taking action fast is crucial to maintaining a healthy, luscious lawn.

So, we’re going to give you a rundown of common culprits of faulty irrigation systems and how to address them. But, before we dive into sprinkler system troubleshooting, we need to understand how the system works.

How does a sprinkler system work?

Sprinkler systems have many components that work together to keep your lawn looking fresh. While they may seem complicated at first glance, they’re pretty easy to understand once you break them down. So, let’s go over the four main features of a typical sprinkler system.

The controller unit sends a command to the valves to turn on, which controls the water flow. Thus, the controller is the brains behind the entire irrigation system. This means that if your sprinkler controller isn’t working, you’ll have brown grass even if the rest of the system is working.

As mentioned above, the valves control the flow of water when signaled by the controller unit. Each irrigation system has a master valve and additional valves for each zone.

Since the head is what sprays water on your lawn, faulty heads are common reasons that sprinklers won’t turn on.

Zone lines are pipes that run from the main lines to individual zones. So, they’re what enables the water to get to each part of your yard.

How do these components work together?

We’ve now covered every core part of an irrigation system. So, let’s go over how they work with each other to keep your lawn hydrated all summer.

In a nutshell, the controller sends a message to the control valves to open. When the valves open, they begin sending water through an underground water line. The water flows until it reaches the sprinkler heads. Then, the heads pop up from the ground and start spraying water.

What should you do if your sprinklers won’t turn on?

Sprinkler issues are typically easy to fix. Thus, you should take the time to troubleshoot your sprinkler before throwing in the towel and spending money on a brand new one. The first step in diagnosing sprinkler system problems is finding the cause of the issue.

Once you’ve identified the culprit, you can put your time and effort toward the right solution.

Signs your controller is causing the problem

When troubleshooting an irrigation system, always start with the controller unit. Remember, the controller is the mastermind of a sprinkler system. Thus, without a working controller, your sprinklers won’t turn on no matter what else you fix. So, make sure you check for signs of a faulty controller before anything else.

You have a blank display screen

If the display screen on your controller is blank, you can bet on a power outage. This means that your controller has gone offline as a result. Likewise, if your sprinkler timers are battery-operated, the batteries are likely dead.

If your sprinkler system timer runs on batteries, all you need to do is replace them. New batteries will get the display screen to turn on again.

Now, if a power outage was the culprit of your controller not working, you’ll need to do a quick reset. Most controller units have a reset button that can only be accessed through a tiny slot. So, you’ll need something thin, like a bobby pin or paper clip, to press it with.

Your sprinkling system doesn’t turn on at all

Sometimes your sprinklers won’t turn on even once you’ve reset the controller. This is when you need to check your watering schedule. Improper irrigation programming can be what’s turning your grass brown as well.

Let’s say you reset or replace the batteries in your controller. But then, your sprinkler system starts and then stops or just doesn’t start at all. You’ll have to look at your controller to confirm your watering times are correct. Then, make sure your controller is set to auto.

Incorrect water settings don’t necessarily mean your sprinklers won’t turn on because the system is broken. It just means that the controller unit doesn’t know when to send a signal to irrigate.

Signs your valves are causing the problem

When you troubleshoot your lawn sprinkler system, you may find the problem is coming from the valves. A good rule of thumb is to check your main water supply valve.

If your sprinkler doesn’t stop spraying water after you turn the main valve off, it could mean the valve broke or became clogged. You can check the state of a valve by lightly tapping on its side several times. If you hear rattling as a result, you’re in the clear! A rattling noise indicates plastic is hitting plastic. In other words, nothing’s clogging the valve.

Conversely, if you don’t hear any rattling, it means there’s water in the valve. In turn, this means that the valve is unable to release water because it’s either clogged or broken.

When you hear that rattle, unscrew the lid of the valve and clean it out. There may be pebbles or dirt clogging it.

If you see a broken valve, you’ll need to replace it. Then, troubleshoot your sprinkler system again to ensure you’ve fixed the issue.

Signs your sprinkler heads are causing the problem

When sprinklers won’t turn on with properly working valves, it could be a sign of faulty sprinkler heads.

They have visible cracks or don’t pop up

Luckily, broken sprinkler heads are easy to spot. This is because they show obvious cracks or broken pieces. The heads can break for various reasons.

For example, people could accidentally step on them or a lawn mower could run them over. Sprinkler heads that are run over may also get stuck in the ground; and thus, won’t be able to pop up and discharge water.

While broken heads are common culprits of sprinklers that won’t turn on, they’re pretty easy to fix. To replace a sprinkler head, simply check your user manual to ensure you swap it out with the same model.

Perhaps you notice your sprinklers consistently miss the same spots on your lawn. As a result, you have ever-lasting dry patches in random areas. This means you might have clogged sprinkler heads.

Dry areas or crazy spraying patterns can indicate debris stuck inside the nozzle. And in turn, water is obstructed from discharging. Also, if the heads are completely clogged, you might have a sprinkler system that comes on but doesn’t emit water.

Use a small tool or toothbrush to clean the debris stuck inside the heads’ nozzles. Your user manual will tell you how to remove the heads before cleaning them.

Signs your supply line is causing the problem

When sprinklers won’t turn on, it could be from a leak in the supply line.

Your lawn is totally dry

Dry, brown grass (especially when accompanied by a high water bill) could mean your system’s turned on, but the water isn’t making its way to your grass. This can be caused by a leak in your pipes.

Once you’ve determined where the leak is, you’ll need to dig around the pipe to pinpoint exactly where there’s a break in it.

If it’s a very tiny break that’s causing the leak, purchasing a snap-on coupler from a hardware store should do the trick. For a medium-sized break in the pipe, you can use a PVC compression fitting to seal it. And lastly, a large break will require a splice pipe to fix.

A DIY project isn’t your only solution when your sprinklers won’t turn on. So, if you don’t have time to troubleshoot and fix your irrigation system, we get it. That’s why we’re here to help. Call one of our landscaping professionals today. We’ll help you get your hydrated, green lawn back. 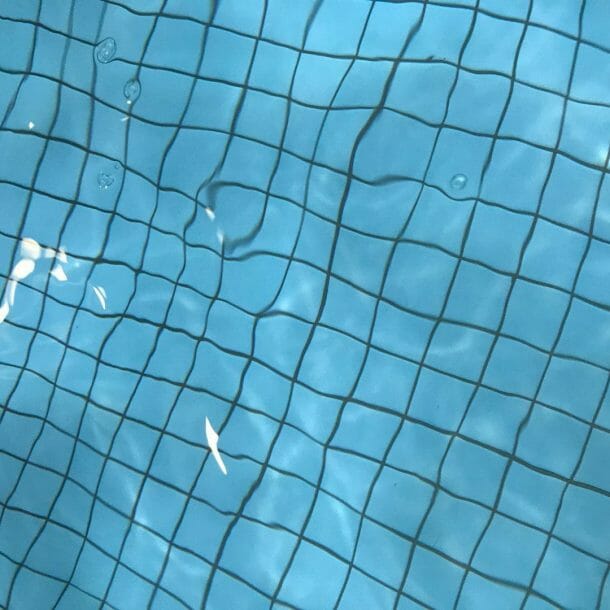 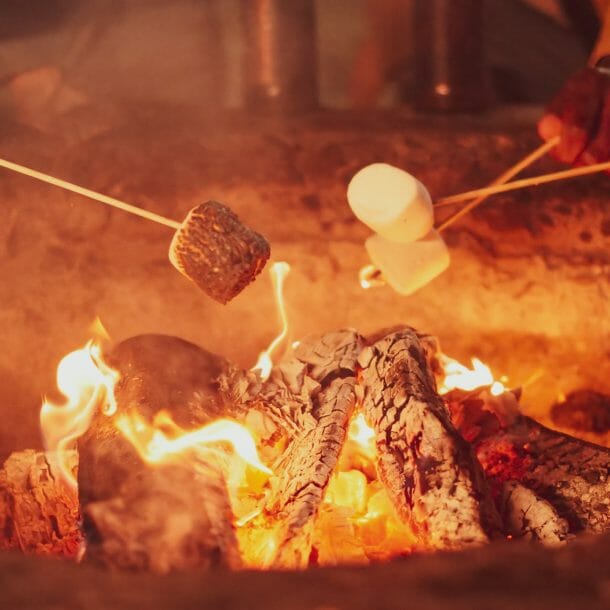 Square or Round: Building a Fire Pit
Next Article

HFS has one-of-a-kind loan programs and world-class service as shown by 1,500 + 5-star Reviews.  HFS’s platform loans are personal loans which mean NO EQUITY is needed and all loans fund 100% Direct-to-Consumer.  HFS performs a soft credit check to present you with full loan options.  You can check your rates HERE

with NO IMPACT TO YOUR CREDIT.  Whether you want to finance the pool, deck, landscaping and more, HFS is your trusted partner for the best loan and customer service in the home improvement industry.  APPLY NOW HFS – “You Dream It, We Finance It”. 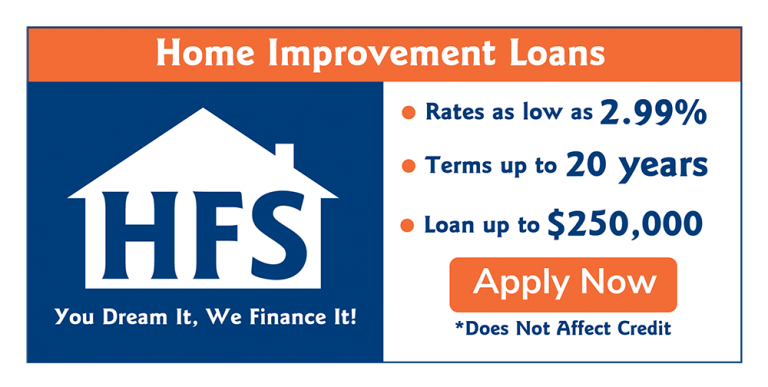 Since 1979, Lyon Financial has worked as a specialist in unsecured pool financing solutions. Unlike many banks and credit unions, our experience is unique to swimming pools, not just any type of loan. Your call will always be answered by a live, knowledgeable representative, eager to offer solutions. Partner with the industry’s leader to make your backyard dreams come true!

“Landscape design combines both art and science in order to create spaces that you will enjoy to years to come.”